Category: Just Tell Me What I Want To Hear 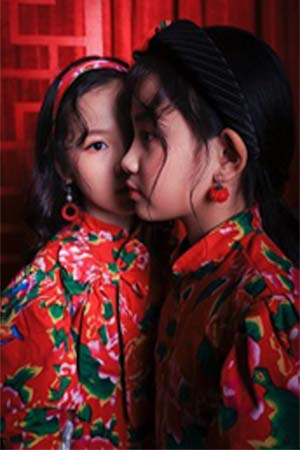 I’ve got good news and bad news. We’ve heard that statement from mechanics and accountants and even people who are close to us. For most of us, we cringe and brace ourselves for the bad news first. Sometimes you feel like you have to get the medicine down before you can have the dessert. “Give me the bad news!” We listen, we ache but . . . what we know deep down inside is that good news is going to follow and maybe, just maybe . . . the good news will swing the pendulum the other way and we’ll have the strength to endure the difficulty through the good. It may not be the best way of handling bad news, but it is the method of choice many people use.

With the world we live in today being filled with so much ‘bad news’, many people have been doing anything in their power not to hear, see, run into or be involved in any more bad news. 2020 has been filled with so much difficulty and so many trying days that most of us are desperate for some good news. How many of you have thought, “If anything else goes wrong, I’m just going to scream?” Yeah, me too. And to be honest, I’ve had a few screaming moments in the last 9 months. Did it fix any of the difficulty in the world? Not really, but it did feel good. Of course it didn’t stop the covid virus or the street violence or the forest fires or 2,000 other inconveniences that all tied to a world-wide pandemic. But sometimes a good scream as you walk in your neighborhood is cleansing for the soul. (One quick reminder.

Be careful when you scream because some people on their afternoon walk might think that 2020 is the year of the Zombie Apocalypse and they might call the police on you!)

All that to say, it’s easy to be conditioned to ignore, deny, hope that bad things will cease to exist and filter your life with only what satisfies or makes you feel better. For millennia, people have been flocking to the best version of life in the hope that denial will make the bad go away. It won’t. But that doesn’t stop humanity from desiring what will make us feel better.

I was reading this week from Isaiah 30:10, 11 reminded me of the good news, bad news question. Look what it says:

They say to the seers, see NO more visions!

And to the Prophets, Give us NO more visions of what is right!

Leave this way, get off the path and

Stop confronting us with the Holy One of Israel.

It’s interesting when you look at the context of Isaiah. God is prophesying against all the nations, including Israel, concerning their relationship with God, their chosen sins and their denial of God’s requirements. The prophecies described the imminent future of the nations and God’s people for disobeying him. Most of those prophecies were extreme. God had repeatedly urged the nations to turn to Him, to treat others well, to push aside all foreign gods and people continued to push God aside. The bad news kept coming and God’s judgment was inevitable.  He referred to those that wouldn’t listen as rebellious people, deceitful children, children unwilling to listen to the Lord’s instruction. The byproduct of their rebellion is summed up in Isaiah 30:10, 11

Don’t tell us anything of than pleasant things. When you prophecy, don’t prophesy truth—give us prophecy that is filled with illusions, falsehood, warm fuzzy feelings even if it’s not truth. We’re tired of being confronted with what is real and consistent with God. Give us NO more visions of what is right!

That attitude of the heart rings true today. Speaking the truth in love was Paul’s exhortation, but doing that in many circles today just opens the door for people to leave and find someone who will speak ONLY pleasant things. The demand is becoming more prevalent: Give me the warm fuzzy feeling I long for --- but don’t you dare tell me what is right and pleasing to God. As I was reading Isaiah 30:10, 11 I thought: what’s the point? If disaster is coming, don’t you want a warning? If you could change something in your life—to hold back the devastation, wouldn’t you be interested? Truth is still truth. God has never had an issue extending love, blessing and peace for those who seek him. His promises are true and lasting for those who make the choice to love and serve Him. We don’t need to put our heads in the sand—we need to return to him, confess our sin, seek him in our lives and then we won’t have to live in a cellophane world, made of our own fantasy, hoping that God looks the other way. Children don’t want the bad news—because it exposes their hearts. A Child of God – seeks to obey and please the King of Kings. David got it right --- even in his own sin – to ask God to search him and try him and see if there is any wicked way in him. He didn’t want to be told something that was only an illusion. He wanted the truth so that he could change his life and honor the Lord.

At Just The Right Time