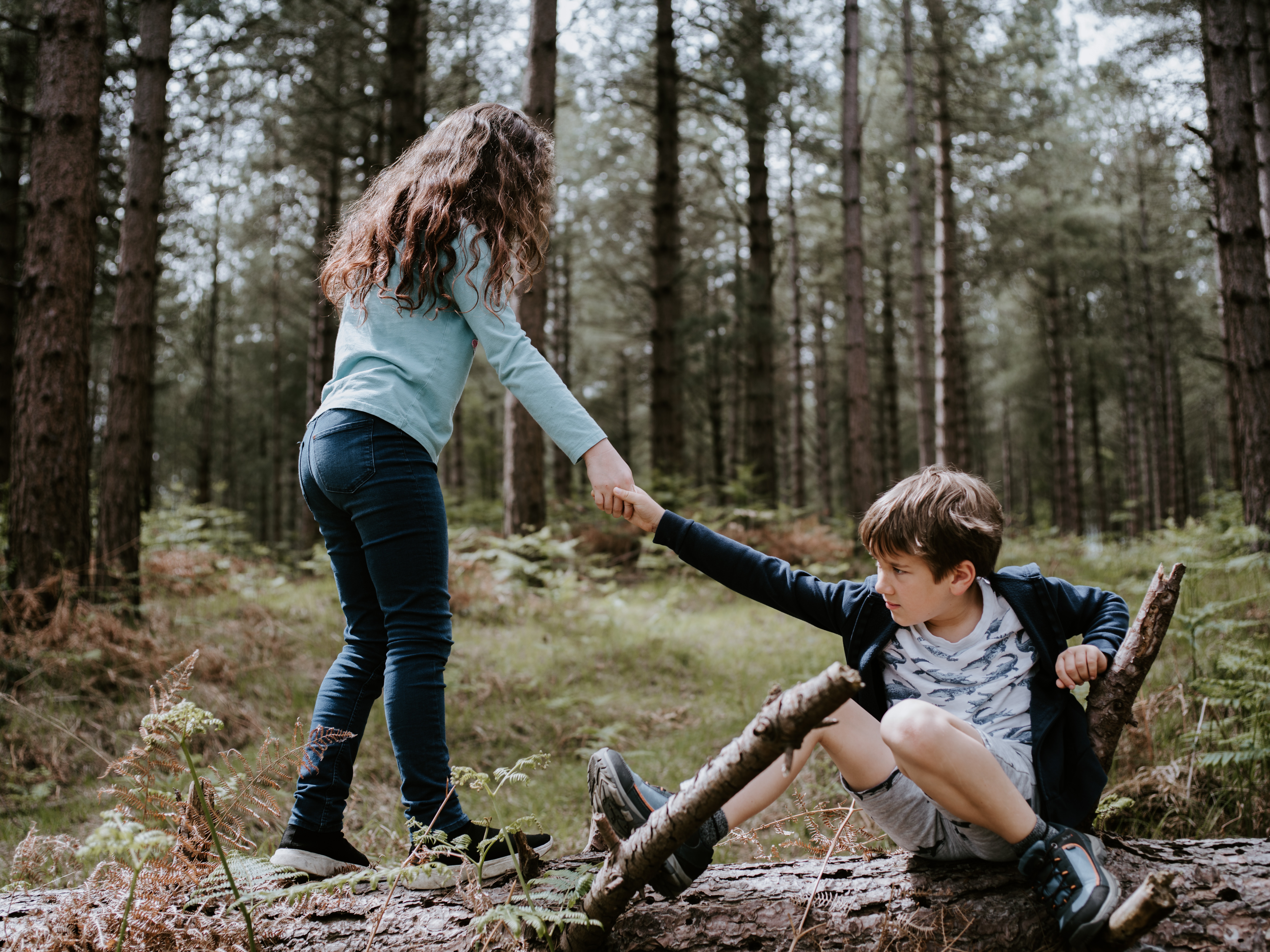 I spent last week at Mission Viejo park with a group from Texas leading a VBS in the park. While there were some adults present, the majority of this Adventure Camp was led by children (5th and 6th graders) and teens. The group from Texas calls these students Leaders in Training or L.I.T. As I saw these students minister to other students in the park, opportunities arose for me and others from Trinity to minister to the families in the park as well.

This last week was a wonderful reminder that God can and does use children to minister. Too many times children that believe in or live for Jesus are considered naive or innocent. We must not neglect the words of Jesus in Luke 18: 17. Jesus explains, “Truly I tell you, anyone, who will not receive the kingdom of God like a little child will never enter it.”

Too many times as adults we hesitate to minister because of our own personal agenda, bias, brokenness, financial situation, etc. Children have a default heart to help and are not clouded by other factors. Do you remember the young boy that gave the five loaves of bread and two fish? When called upon he just went with it. Young King Josiah growing up in a very messed up society at the age of 8 knew things needed to change and when the opportunity came, he led his nation back toward God. Young David was willing to fight a giant when no one else would. Each one of these young men, when faced with the opportunity to help, took their shot. One literally took his shot!

Last summer, I happened to pull into Arapahoe Crossing to do some shopping and my family met another family in need. They were standing at one of the stop signs by all the shops with a sign. When my daughter saw them her first response was, “dad we need to help.” Agreeing with my nine-year-old daughter, I went into a store and bought a gift card. We then drove over by them and I parked the car. We walked toward the family. They were a family of four (Mom, dad, 2-year-old, and newborn).

When I drove by earlier, I really didn’t pay attention to who they were and their sign. As I approached them, I read the sign and realized they needed food, water, diapers, wipes, etc. I gave the father the gift card and barely listened to him as he said, “Thank You.” My attention was on the two-year-old (because I also have one) and the newborn.

As we stood there, I could feel the heat radiate off the sidewalk and on my back. I had no idea how long they had been there or how long the kids had been outside. I could tell the two-year-old was hot and miserable. He did his best to sit still and be good, but it was hot!

I finished the conversation with the father and gave him my church card and told him about the church programs that could help a little more. As my daughter and I left, God told me the gift card wasn’t enough and I agreed (like who am I?). I told Harlowe we were at least going to run into a fast food store right by them and buy all of them some water and some snacks for the two-year-old. So, we did.

On the way back, my daughter asked if she could give the water and snacks to them. I told her, “yes” and she grabbed the bag. I just sat back to watch my girl deliver the extra items. I was standing on the side of the building so I could see my girl and the family, but all the cars stopped in a line at the intersection couldn’t see me.

My daughter handed the bag to the family and smiles popped up on their faces. Especially the two-year-old. As my daughter turned around to come back to me, the doors on car after car opened and 5-6 different people got out of their cars and gave the family money.

Now the family received more money than what I gave. As my daughter returned, I made sure she was aware that once she gave, everyone else gave. She asked, “Why?” and I told her, “because sometimes when adults see a child do what we all know we should, it moves us to take action.” I told her, “never forget that God can use you; even as a child.”

It is amazing what God can carry out when He finds a heart that is willing to jump all in. Often, it is a childlike heart that is all in. It is a good reminder to me and hopefully anyone reading this that Children are important to God and they can teach us about the kingdom of God. Hopefully, you’ll go through your day with some childlike faith as you encounter opportunities to minister. Be salt and light today!

Photo provided by Photo by Annie Spratt on Unsplash