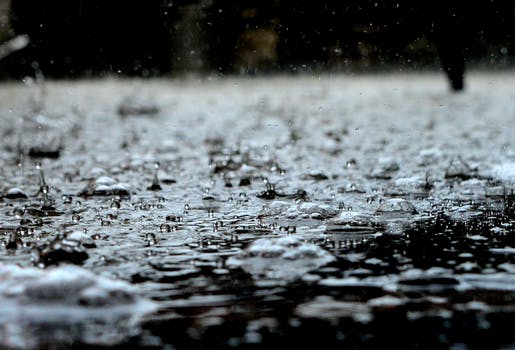 “Go and look toward the sea,” he told his servant. And he went up and looked. “There is nothing there,” he said. Seven times Elijah said, “Go back.” The seventh time the servant reported, “A cloud as small as a man’s hand is rising from the sea.” So Elijah said, “Go and tell Ahab, ‘Hitch up your chariot and go down before the rain stops you.’ ” Meanwhile, the sky grew black with clouds, the wind rose, a heavy rain came on and Ahab rode off to Jezreel. -- 1 Kings 18:43-45

Colorado and weather. It’s an amazing thing. I’ve lived or have visited a number of places across the US. From the N/W to Southern California; from Pennsylvania to Florida and everywhere in between,  I’ve heard this phrase used over and over again: As Will Rogers famously said, "If you don t like our weather, just wait a minute and it’ll change." I’m sure that applies to your neck of the woods but I’ve never seen extremes like there are in Colorado. Living in Colorado affords a different extreme—spring, summer and winter can all take place literally in a few hours and that’s just the weather on Monday. I’ve seen 80 degree days followed up with record setting snow that lasted the next few weeks and temperature plummeting to the teens in 3-4 hours. Welcome to Colorado.

As amazing as the 3 and 4 season hours and days can be, Colorado is also given to extreme drought conditions. Weather people call our state semi-arid which is another way of saying there is enough green to trick those who live here into thinking that we aren’t a desert. Semi-arid means we get twice the rain of a desert (deserts can get up to 10” a year. In some parts of Texas and Florida—that’s a rain and a half on one day). So 20” of rain annually is the AVERAGE. When you don’t get that much rain, things tend to dry out, forest fires are imminent, water bills soar, rationing takes place while people long for a more beautiful, lush (ha, sometimes) Colorado. We recognize the necessity for any and all forms of moisture—no matter what season we are in.

Aw but when it does snow—heavy, half dollar sized flakes, its amazing. When the monsoons move through dumping huge amounts of rain—we are thankful for every drop realizing how desperately we need refreshing.  As the soil and streams in Colorado long for refreshing—so do you and I.

The king of Israel wasn’t following God. Ahab’s record was NOT good—including murder, extortion, worshipping other gods, constructing temples to ‘said’ other gods and being pretty milk ‘toasty’ when it came to dealing with Jezebel his wife. They had intentionally turned their back on God and were force feeding their ‘form’ of religion on God’s people. God had had enough and took away the rain. Physically, because of their actions, Israel dried up. Spiritually things were worse because of the king. Enter Elijah, a band of prophets of Baal, a sacrifice to a foreign god and God’s power over the power of the prophets of Baal. After 7 Looooooooooooooooooooooooooooooooooooong years (does that look long enough?) God brought the rain back again.

Spiritually when you find yourself in drought conditions—usually its because you’ve moved away. Maybe not in ways as overt as Ahab, but something has captured your attention and its NOT God. You’ve grown busy, weary, maybe even complacent and your heart understands drought conditions. It’s DRY! You need rain, spiritually refreshment for you heart. 1). Be honest and tell God—here is where I took a detour and left you behind. 2). Confess honestly to the Lord. (God I blew it. God I pushed you away. God I didn’t trust you). 3). Ask God to refresh your heart. David prayed during a drought season—Restore to me the JOY of my salvation. 4). Put on your galoshes because the monsoons are on the way. Let it RAIN!