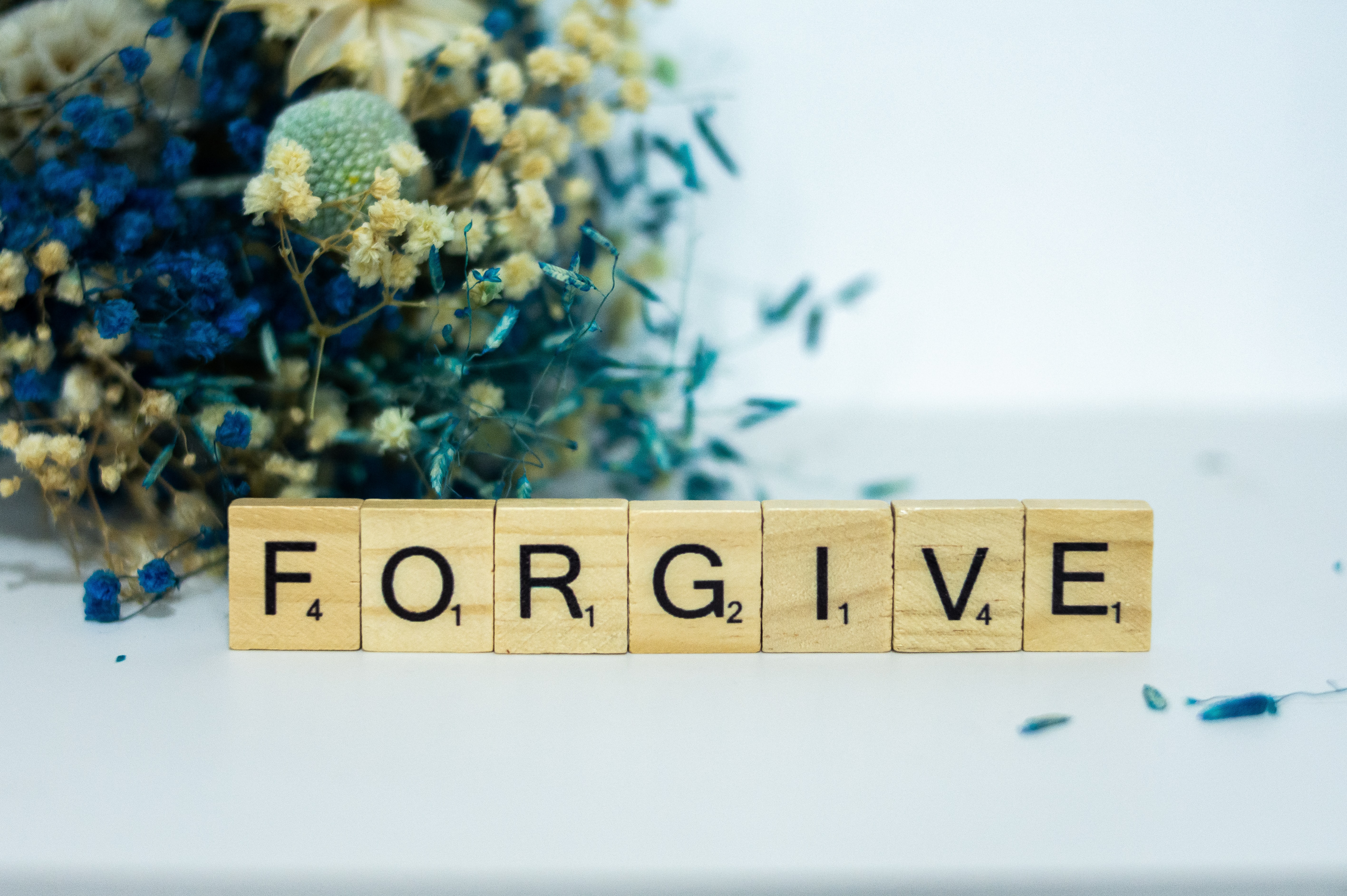 A couple of weeks back, I was preparing a lesson for our Extended Session group (Pre-K for those that do not know), and ironically it became one of the most challenging lessons I have ever taught. I have spent nearly my whole adult life training and teaching people in the church and non-church settings, and these Preschoolers had me more worried than ever. Our lesson was on Forgiveness, and the context was “The Parable of the Unmerciful Servant.”

When I first started preparing for the lesson, I thought it would be simple. I have taught on this section of scripture in my past; however, teaching two and three-year-olds the concept of Forgiveness began to weigh on me.

I judge these children by their age and development, but in my own life, I have struggled to be forgiven and forgive others. In working with adults and teenagers, Forgiveness is not always an easy thing to talk about or accept either. The more I thought about my own experiences and the experiences with older groups of people, the more I became dependent on God to help me with a room full of young children.

God led me on a path in my preparation by first talking about showing kindness to people. We took a look at pictures where children could help others. One picture was of a young child getting the mail for a grandmother. Another image was of a child getting a band-aid for their friend who fell off a bike and hurt their knee. We had other examples, but you get the idea.

Then I felt God push me to talk about unkind things people can do. For Preschoolers, we talked about kids not sharing or kids knocking down a tower we built. These kinds of things are not fun and can hurt our feelings. This setup led us to talk about how we feel when people do unkind things to us; then we discussed that we do not have to be unkind back. And when we choose not to be unkind back, that is an idea of what Forgiveness is like. Forgiving another person can also be a way to be kind. I also took a moment to clarify that the unkind things people do are not okay, but again, we do not have to be mean back.

During my time creating the lesson above, God also used the moment to press on me a little.

If you are unfamiliar with “The Parable of the Unmerciful Servant,” you can read about it in Matthew 18:23-35. To summarize it quickly, an individual is brought before the King/Master (pending the translation you are reading) to pay off his debt. He has a significant amount of debt and cannot pay for it. Through a conversation, the King/Master decides to pity the man and let him go, and cancels his debt.

The now free and debt-free man then goes and grabs another man that owes him a lot less debt than what he had owed the King/Master and has the man thrown in prison until the debt can be paid. The accounts of this incident eventually reach the King/Master, and the original man of our story is brought back in, and this time the King has him jailed because he had his debts canceled and failed to do the same for another person.

Jesus concludes this Parable (Story with a spiritual significance) by saying, “This is how my heavenly Father will treat each of you unless you forgive your brother and your sister from your heart” Matthew 18:35.

These are very stern words that Jesus concludes his story with. Jesus, again at a separate time, when teaching his disciples how to pray, also pointed out this stern truth. In Matthew 6: 14-15, Jesus teaches, “For if you forgive other people when they sin against you, your heavenly Father will also forgive you. But if you do not forgive others their sins, your Father will not forgive your sins.”

I believe as I was studying for my young audience, God took the time to remind me of this stern truth and prompted my heart to share it with everyone that will listen or read this blog. Unfortunately, in the last two years, I have witnessed Christian organizations and Churches allow political agendas to dominate their lifestyles so much that it has caused a lot of believers to forget to forgive.

Jesus had to address it in his time, and I believe He is drawing our attention to it today. How will we respond?

The Big point of the Parables is to realize that God has forgiven each of us more than we could ever imagine, and we should be able to forgive because of this. Again, as I told the children, it does not make the incident okay, but it releases us from seeking revenge or looking to be unkind.

In the larger context of Matthew 18, this section of scripture is found following a passage of scripture that churches use to justify church discipline. While there is a procedure here, if you look closely and study well, you will see that in the end, the ultimate goal is Forgiveness and reconciliation. Too many churches are quick to shun and cast out someone because of their sin, but that is not the point. To treat someone as “a pagan or tax collector” is to pursue them with the gospel.

With that being said, I have purposefully left out the Big Point God laid on my heart these last couple of weeks. In between our scripture and the section on church discipline are two verses God pressed on my heart. These two verses are the bridge that ties the passages of scripture together.

I would say that these verses provide a hint of some practical advice to stay in a proper situation with God concerning Forgiveness.

Many people write books on the completeness found in these numbers and the Jewish culture. In addition, many people outside of the Jewish culture teach that this implies that we are to forgive an infinite number of times (when paired with the parable). While these arguments can be made,  I do believe that God is also giving some practical advice here concerning the process of Forgiveness. I may be taking some liberty here, but I felt God laid on me that sometimes Forgiveness could literally be seventy-seven times seven.

I came to this conclusion (I believe from God) because the Bible does not teach “Forgive and Forget.”  We have discussed that God commands us to forgive, but what about the forgotten part?

This is a human-coined phrase that we have attached to the process of Forgiveness. Scripturally, God can do this based on Isaiah 43:25 and Psalms 103:12. However, even with these verses, God is still all-knowing, and I would say he still knows about our sins but chooses not to hold them against us, and only he can indeed have the ability to do so.

The meaning behind this is that while I may forgive someone in the present, the hurt and pain do not just go away and perhaps never will. SO maybe seven times a year for the next seventy-seven years, I may have to choose repeatedly to forgive someone whenever something triggers and brings me back into the pain and hurt. This may be needed in the closest relationships of our lives for the people that we will be around the most.

So, in conclusion, if you are like me and struggle with some past hurts; The things that happened are not okay, but God wants us to forgive (Release it all to him) as we have been forgiven and not to be the unmerciful servant holding that incident over someone’s head for the rest of their life. You may consciously have to choose to forgive time and time again as old emotions or feelings randomly emerge. It is important to do so because you can just as easily choose not to forgive a past hurt five years down the road as that gross dead incident or zombie incident (I call it) raises up out of the ground. I see this in long-term relationships all the time. For example, people in a marriage may truthfully forgive each other in a moment about some hurt, but then years down the road, bring it up again as ammo and at that moment choose not to forgive but use it to hurt. You do not have to choose to be unkind but be kind and forgive.

Isn’t it amazing what a simple Pre-k lesson can do.?

Photo by Alex Shute on Unsplash

Trinity Baptist Church is one of many churches (and Southern Baptist Churches) in Aurora, CO. If you do not have a church home, we would like to invite you to our service: Sunday at 10:30 AM. You can join us in person or online!

A Season of Thanks?

Lilies, Sparrows, and a Turkey