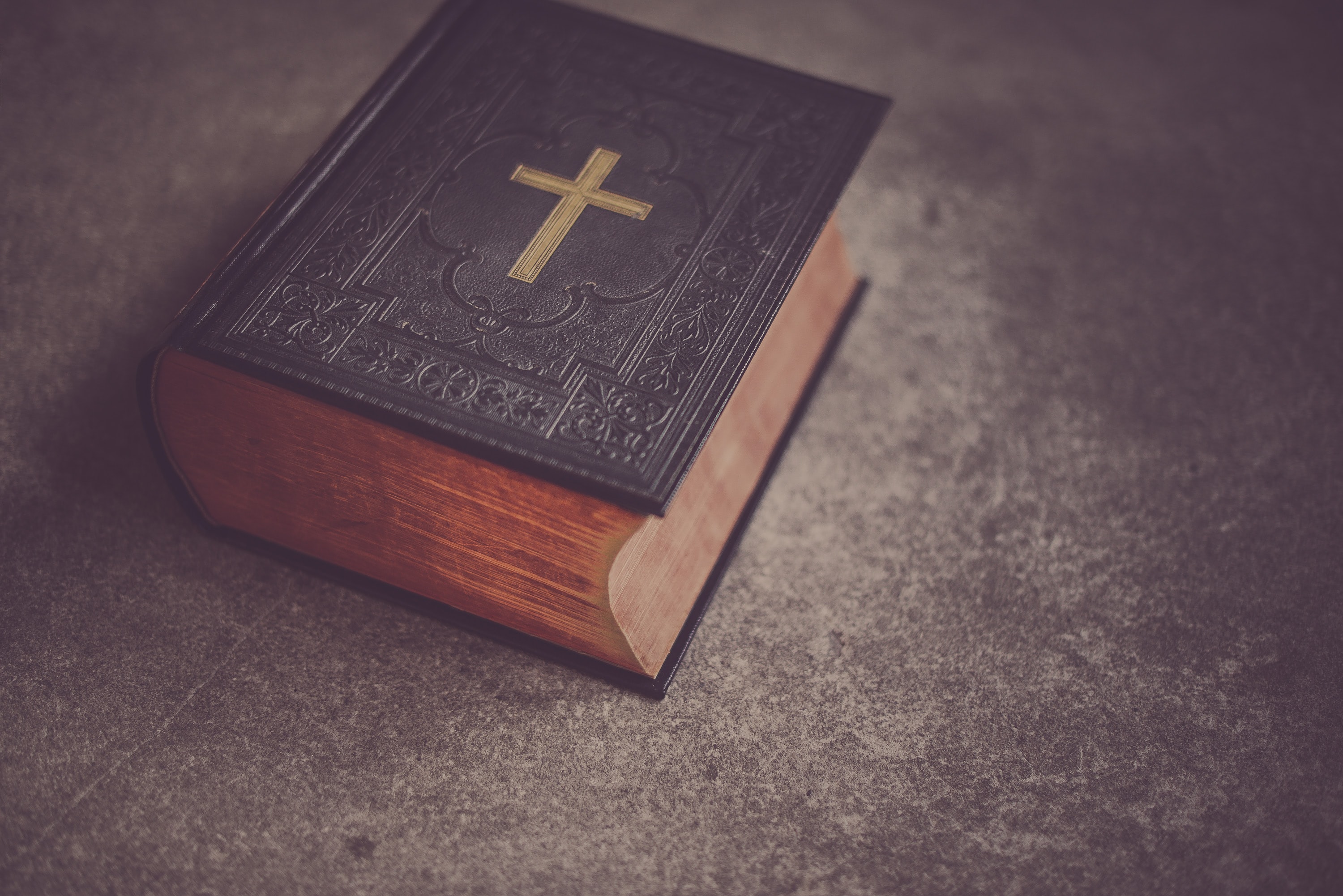 What is the Bible?

The word “bible” simply means “book.” It has sometimes been called “The Book” or “The Good Book” because it is the most widely published book of all time and because of its content.

Actually, the Bible is not really a single book. Its content was written over a period of about 1,500 years by approximately 40 authors. The subsections of the Bible, also called “books”, consist of various types of literature, from historical narratives, to poetry, proverbs, letters, and prophecies. These books are grouped into two main sections: The Old Testament, originally written almost exclusively in Hebrew, and the New Testament, originally written in the common Greek of the first century AD.

The first 5 books are called the books of Moses, or the law (“Torah” in Hebrew). They tell us about the creation of man, how we came to be separated from a personal relationship with God, and the consequences of that. They also tell us about the beginnings of God’s plan to bring us back to Himself.

First God called a man, Abram (later called Abraham), to have faith in Him. From the descendants of this one man, God promised to bring blessing and created a nation known today as the Hebrew or Jewish people. Early in their existence, the Hebrews because enslaved in Egypt. So, God called another man named Moses to lead the Hebrew people out of slavery and give them laws and regulations to become the nation known as Israel. In this process, God entered into a covenant with the Hebrews such that they would become a “kingdom of priests and a holy nation” with the task of revealing God’s word to others. The history of Israel and God’s revelations through them make up the rest of the Old Testament until we come to the time of Christ / the Messiah.

Many people do not realize that the word “Christ” is a title and means the same thing as “the Messiah”. The term Christ is from the Greek and Messiah is from the Hebrew. Translated into English, these terms mean “anointed one.”

As God sent a deliverer to lead the Hebrews out of slavery in Egypt, God spoke to the Hebrew prophets, priests, and kings about a coming ‘anointed one’ who would be a deliverer to redeem all people of all nations from their bondage of “sin”, i.e., their acts and attitudes that fall short of God’s holiness and perfection. This sin is what separates us from God and from each other leading to conflicts. The Bible says:

For all have sinned and fall short of the glory of God, Romans 3:23

The arrival of Christ and the consequential changes brought about in people’s lives is the story of the New Testament. The New Testament describes Christ’s coming as Jesus of Nazareth, his ministry on earth, his death on a cross, his resurrection to new life, and the development of the early church. The New Testament ends with prophecies of things to come.

The New Testament tells us that Jesus Christ’s death redeemed us from our sins and through his resurrection we are given new life, His life, in and by the Holy Spirit.  That is, we can now have a spiritual rebirth through the spirit. The Bible says:

For the wages of sin is death, but the gracious gift of God is eternal life in Christ Jesus our Lord. Romans 6:23

Thus, the Bible is sometimes referred to as “the gospel” which means “good news.” Yes, the Bible has some hard things to say about us, and the people whose stories it recounts. But it also tells us how we can now be reborn spiritually, and in the future experience a resurrection to life with God eternally, restoring the relationship we were created to have with Him.

How do you avail yourself of this opportunity for new birth, for a spiritual reset? The Bible says:

8 “The word is near you, in your mouth and in your heart”—that is, the word of faith which we are preaching, 9 that if you confess with your mouth Jesus as Lord, and believe in your heart that God raised Him from the dead, you will be saved; 10 for with the heart a person believes, resulting in righteousness, and with the mouth, he confesses, resulting in salvation. 11 For the Scripture says, “Whoever believes in Him will not be put to shame.” 12 For there is no distinction between Jew and Greek; for the same Lord is Lord of all, abounding in riches for all who call on Him; 13 for “Everyone who calls on the name of the Lord will be saved.” Romans 10:8-13

You can call upon the name of the Lord by prayer. Prayer is simply talking to God by faith, out loud or silently in your heart. Express to Him your need of a Savior, or redeemer, and invite Christ into your life to change you into the person He would have you to be. Then thank Him for His death on the cross for the forgiveness of your sin and for the promise of the Holy Spirit in your life. You will now experience a new life, Christ’s life in your heart.

To grow in your understanding and to express worship to God and experience fellowship with other believers, seek out a good Bible-teaching church and go there. Ask God to lead you to the right church. As with anything new, it will take some time for you to adjust to what God is doing in your life now that you have placed your faith and trust in Christ. Also, spend some time reading the Bible each day to better understand what is happening in your life. I’d recommend that you start with the New Testament section of the Bible, the section that recounts the Life of Christ on earth and the teachings of the early church. In time you will learn about the Old Testament section of the Bible that recounts what led up to the arrival of Christ on earth and it will give you more foundation for your faith.

Additional Notes about the Bible Quotes:

Words in italics are quotes taken from the New American Standard translation of the Bible.

If you are not familiar with the books of the Bible you can look them up in the table of contents in the front of the Bible.

Photo by Kiwihug on Unsplash